Castles of Scotland, one of most recognizable symbols of this beautiful country with a colorful history. Whose inhabitants wear wrongly stuck label of being avaricious on each and every occasion. They will be the axis of today’s featured game, Kilt Castle.

The author of this published in 2016 game is Günter Burkhardt, man behind euro-games like Ulm or Seeland. Graphic design is done by Dennis Lohausen, whose earlier works you can see in Terra Mystica or Village. The result of this duo cooperation is published by Zoch Verlag.

In stack of components we will find 64 neat looking tower segments in 4 colors made of pleasant to the touch plastic and a sheet of stickers for them. From a sheet of thick cardboard we will punch out 29 coin tokens, 2 roofs and 1 active players marker. Second thick cardboard sheet is a small (30 cm x 30 cm) game board. The last component is a deck of 25 cards, which consists of crest cards and pouch cards – used as bigger valued “coin” gathered in course of play.  I nearly forgot about rulebook, in German, French, Italian and… Scottish language version – well it’s only logical that in game relating to Scotland rules are in Scottish not English. Illustrations and graphics are eye pleasing, and not distracting from play. All of this is packed in a standard sized box.

In game players will assume roles of the McKilt family branch heads – four of them, to be precise. While playing, you will need to show your ability to build and control as many towers as possible, which will grant you lots of ducats. As an old saying goes, the most important thing is to be on top, it’s the same here – the tower owner is the one, who built his segment on top of it. Mechanically, it is really interesting, the only random factor appears in setup, when we need to place shuffled crest cards near the game board. Those cards will say, who will build his segment in the turn. We are playing on a squared field divided into 5 rows and columns. Crest cards are placed near board edges according to how many cards are shown to be placed in a given row, and now we can start the game. In the turn, active player simply moves one card from any row to another following some restrictions. After that, player or players whose crest is on the moved card are building their tower segment – on the first free space near board edge for free, or on top of another player’s tower, paying previous owner for each segment of topped tower. While moving those cards clockwise in course of the game, players will empty some rows of cards. When the last card is moved from a row, payday is triggered – each player counts how many adjacent towers he controls and takes money for the largest group, segments with crests on them pay off additionally. Game ends when any player places his last segment on board. Last count of ownership and payday happens – but this time players take money for every owned tower. The richest player is the winner of the game. 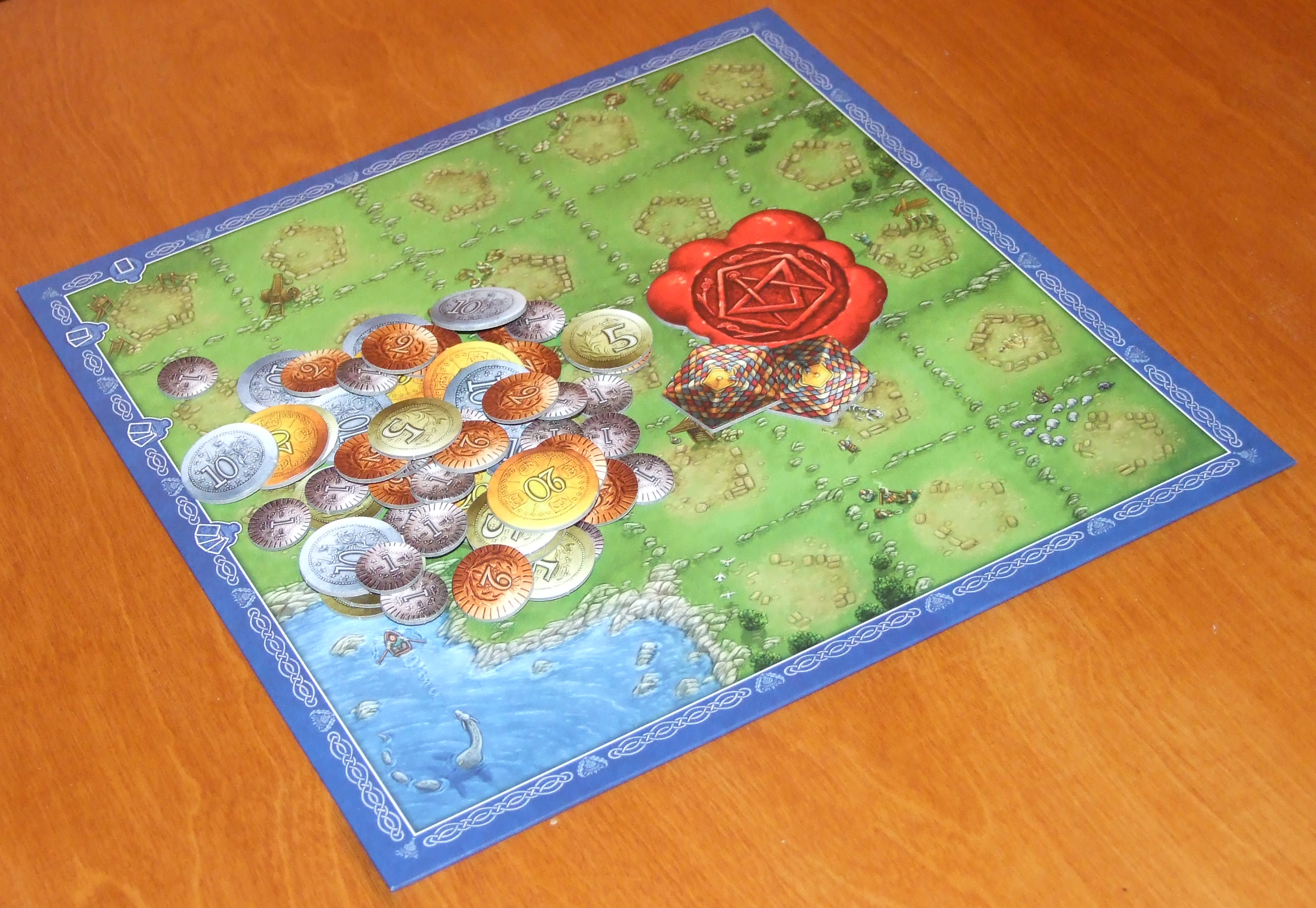 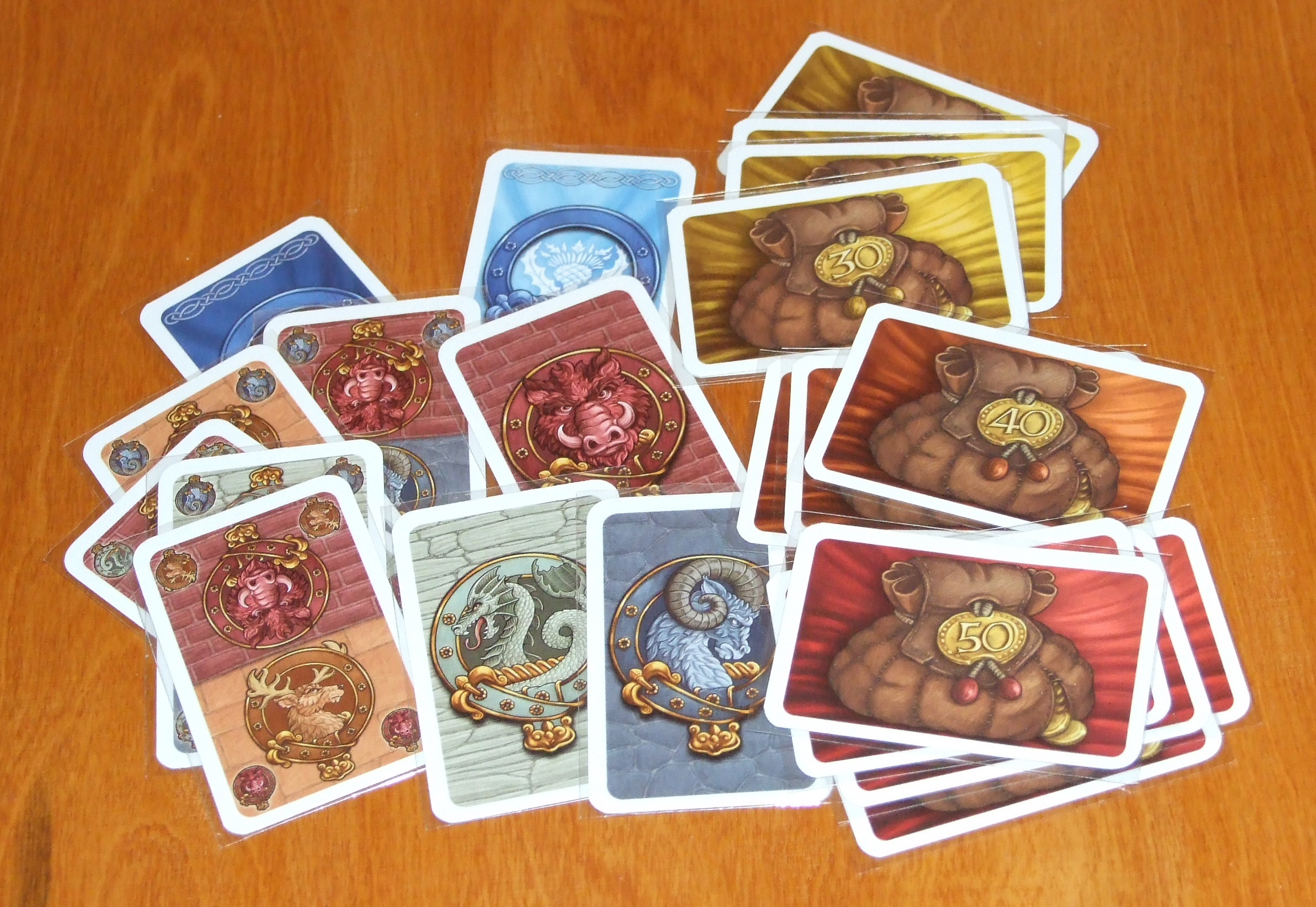 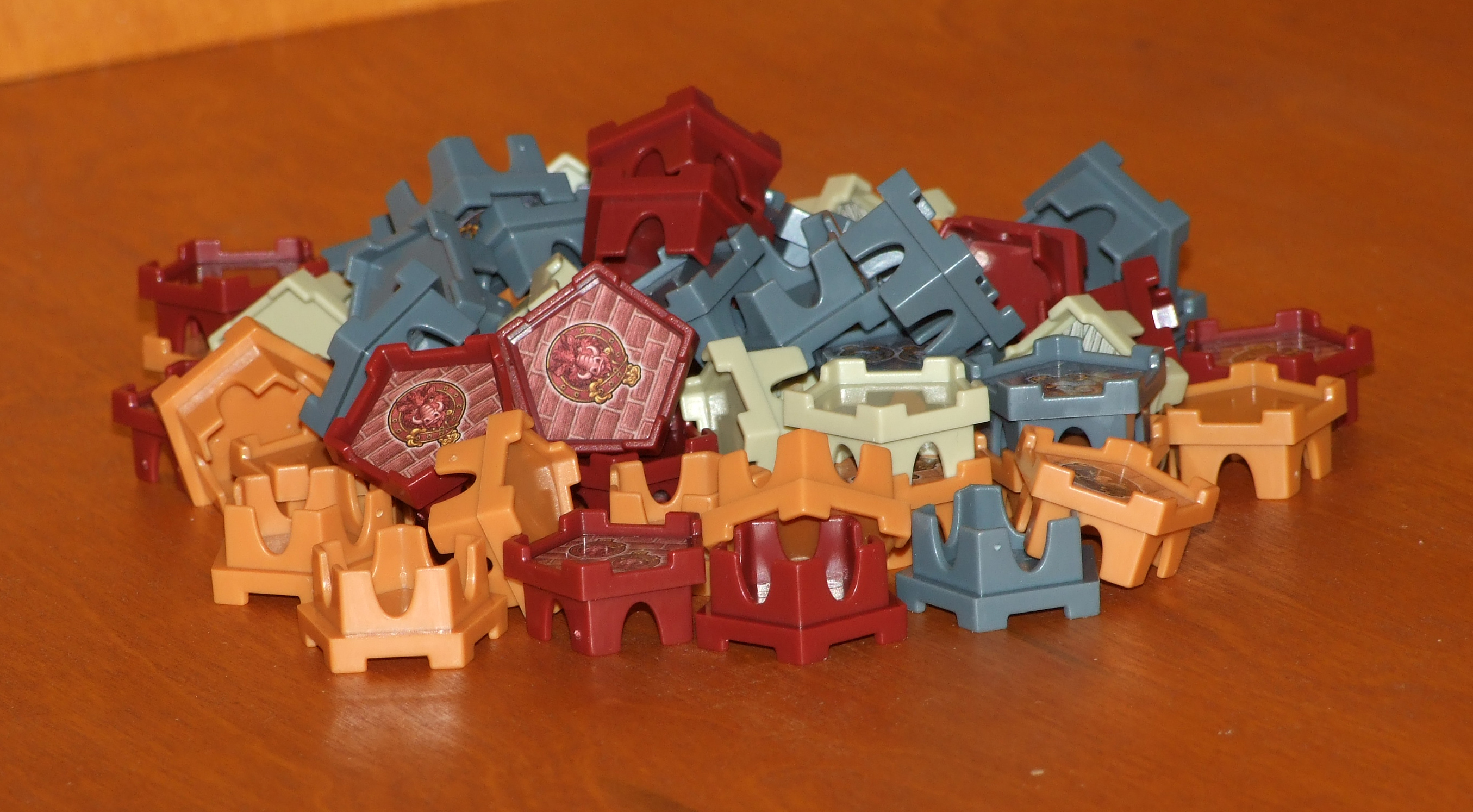 Kilt Castle is brilliant in its simplicity. At first, you could think its trivial, only to find that you just can’t stop playing it game after game.  Every single play is as entertaining as the first one, because game play doesn’t fall into schematic strategies. There are plenty of ways to win. You can rush to use only your cards, or force others to place their segments on unprofitable spots. With 3 or 4 players, plotting in brief alliances against a dominating player probably will appear.  Flow of the play is really fluid and you can’t feel downtime while waiting for your turn because of a few things. All the time each player is engaged in what is happening on the board, following opponent movements, thinking about best place to build your segment in case you are forced to place it, or discussing on how to destroy someone’s group of towers. Most of the time the game takes about 30 minutes to play and it doesn’t matter if you play in 2, 3 or 4 player group. 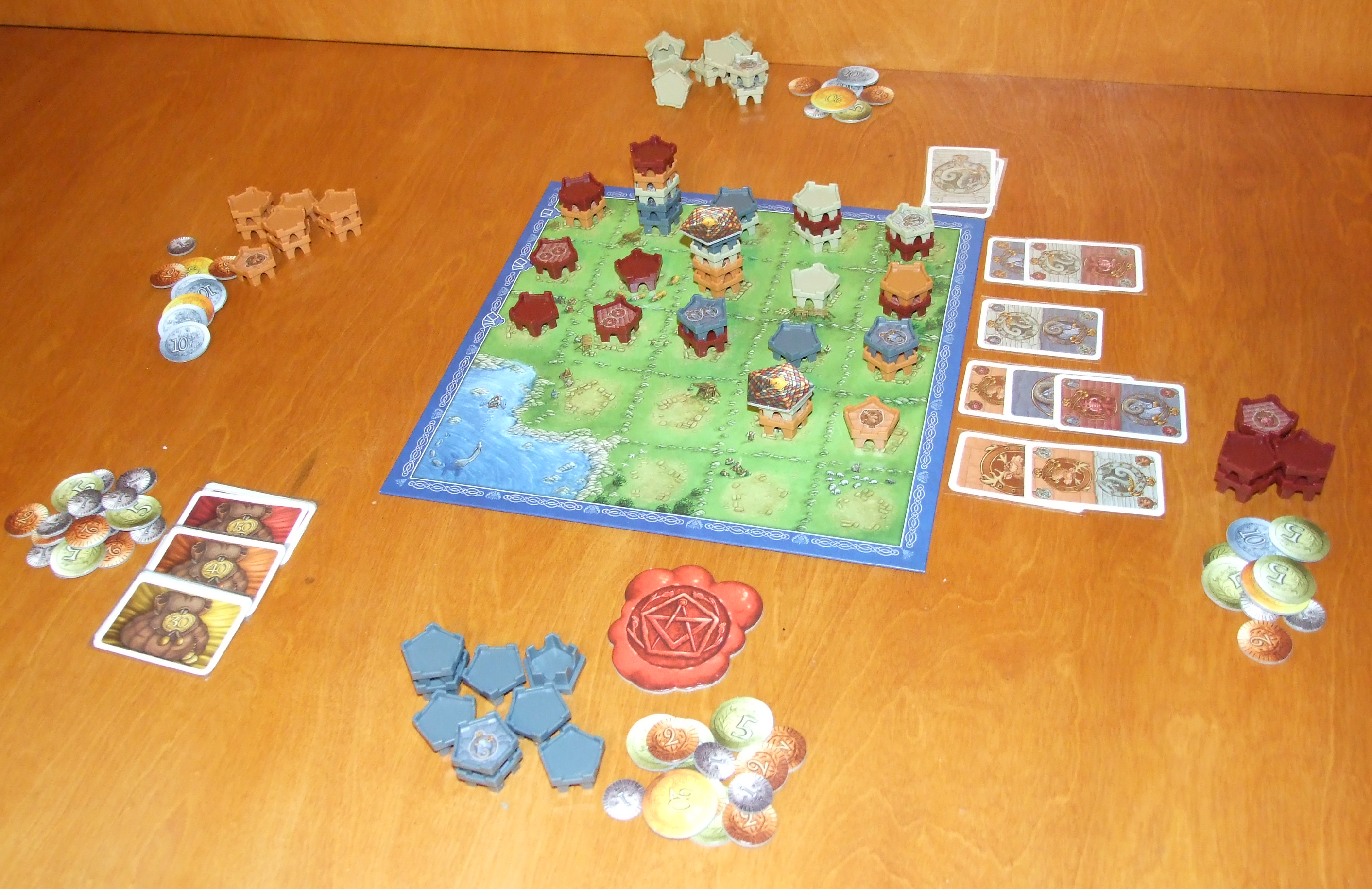 In my opinion, Kilt Castle should take its well-deserved place among timeless games like Ticket to a Ride. It will work out in any group of people, crossing generations of players. It lends itself to be played as a tournament game with heavy pressure on competitive play, or as a recreational family game. It scales wonderfully to player count. The rulebook is clean and easy to understand with illustrated examples. Can be taught in 5 minutes at most. Time one game takes lets you play duels one after another. I mean it when I say that this game has only merits and I can’t recommend it enough.